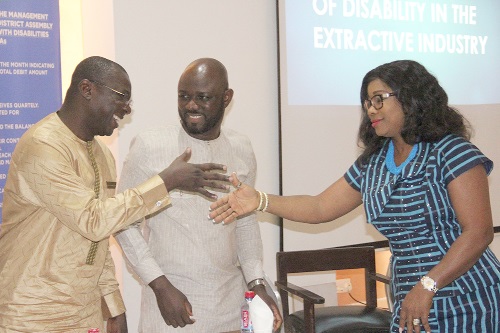 Persons with Disability (PWDs) present at a stakeholder forum held in Accra last Wednesday, have called on the government to provide them with the needed resources to break barriers that prevent employers from hiring their services, particularly in the extractive industry.

They explained that even though some of them had the necessary qualifications, they still found it difficult to gain employment due to the lack of assistive devices and other assets they can draw on at the workplace to make them function effectively.

They are, under the circumstances, appealing to the government to put in measures that will encourage employers to provide assistive devices in their workplaces in order for them to become an integral part of the country’s workforce.

The PWDs that participated in the forum maintained that although there were adequate policies on disability aimed at improving their livelihoods they still lacked opportunities to work in salaried or wage labour.

The meeting was on the theme: “Stakeholder Forum for the inclusion of Disability in the Extractive Industry”, and was attended by players in the extractive industry, officials from the Ghana Federation of Disability Organisations (GFD) and government officials.

It was organised by the Africa Center for Energy Policy (ACEP), GFD and the Ministry of Gender, Children and Social Protection (MoGCSP). The event discussed ways to increase employment of PWDs in the extractive industry.

The Chairman of the GFD Advocacy Committee, Mr Alexander William, urged the government to set up a fund in support of inclusive education, adding that stakeholders must be willing to support PWDs and monitor implementation of the inclusive education policy.

“The development of District Assessment Centres and Internal Diversity and Inclusion Policies for the private sector as well as adoption of the Employment Equity Policy should also be considered,” he added.

A Deputy Minister of Energy, Dr Anim Adam, who was at the event said some organisations were already adhering to the policy by the government, directing all oil companies to develop a gender and disability policy to integrate PWDs into their operations.

In addition, he said, the government had established the Accelerated Oil and Gas Capacity Programme to provide skills to the youth and empower Ghanaian businesses to compete favourably in the Oil and Gas Industry.

He mentioned that the government was also considering designating some quota of petroleum revenue in support of persons with disability.

The MoGCSP Minister, Mrs Cynthia Mamle Morrison, expressed her commitment to push for the presence of interpretors at health centres to assist persons with hearing impairment in order that they might receive the right medical attention.

She said MoGCSP was putting up a centre for children with autism and cerebral palsy, where they could have their therapy, and for their parents to relax and seek counselling.

The Executive Director of ACEP, Mr Benjamin Boakye, said the centre would give $300,000 over two years to sensitise the public on the need for PWDs to be included in mainstream work.

He also expressed ACEP’s commitment to create opportunities for increased participation of PWDs in the extractive industry and society in general. 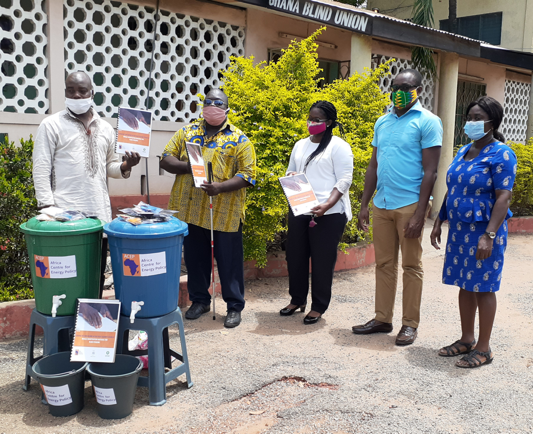